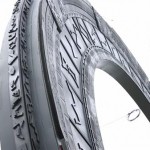 To help celebrate the opening of their Egyptian themed exhibit, which studies the role of Egyptian history in pop culture, the Musée royal de Mariemont in Morlanwelz, Belgium has commissioned a full size replica Stargate. The gate consists of parts made through a multitude of manufacturing techniques, including 3D printing. Visitors to the museum will be greeted to the sight of the gate outside of the museum.

The builders spent over 1000 hours to recreate the iconic Stargate. In addition to 3D printing, the team also employed laser cutters and CNC milling machines. These computer controlled machines allowed each part of the gate to be manufactured with precision. It took over 10,000 cuts and 2000 3D prints to create all of the parts which make up the whole replica.

It is possible that many of these same manufacturing techniques could be used in the Stargate franchise reboot should a new fullsize gate be created. Of course it is also possible that the producers will choose to digitally render the gate instead of creating a new 1:1 scale prop. The proliferation of 3D printing and computer guides laser cutters does make it easier to create this type of prop compared to the manual techniques originally used when the first movie was made.

Fans of the Stargate franchise will be able to see the full size Stargate at the Musée royal de Mariemont until November 20th, 2016. Many other Stargate related items will also be included in the exhibit, which would surely make it a worthwhile stop for any fans who can visit Belgium.