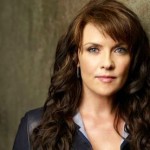 Creation Entertainment has announced that Amanda Tapping has had to cancel her attendance at this year’s Stargate convention in Chicago. Earlier this year Ms. Tapping had been announced as the convention’s headline guest, but has since made filming commitments which would conflict with her appearance.

Replacing Ms. Tapping at the convention will be Rachel Luttrell and Paul McGillion, the later of which appeared at Creation’s 2014 Stargate event.